The defending champions humbled Amazons 46-11 in a Monday league tie to maintain their place at the top of the log with 20 points, ahead of second-placed Ulinzi.

• After a slim 29-28 first leg victory over Ulinzi Sharks, Nairobi Water clash with the soldiers in a top-of-the-table duel 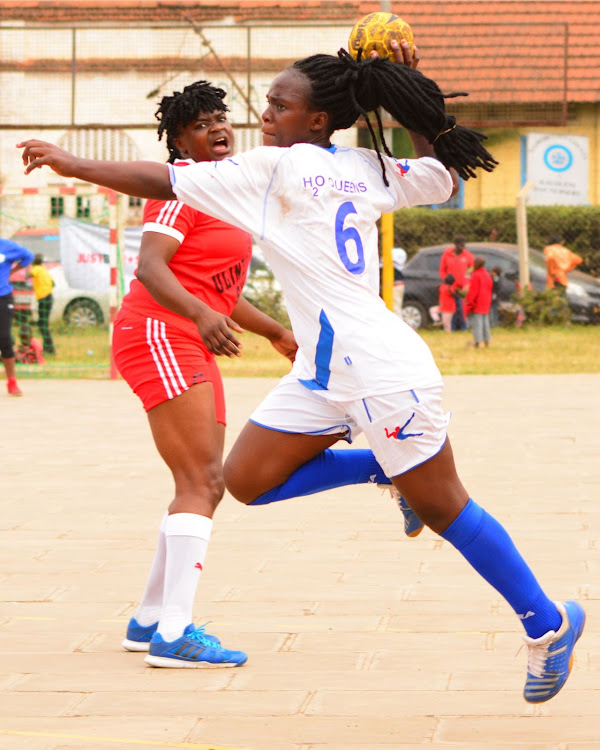 Nairobi Water women’s coach Jack Ochieng is confident his side will retain their national handball league title when the season ends next month.

The champions, going for their sixth successive crown, will face off against Ulinzi Sharks in an epic fixture that will likely determine this year’s winners.

Unbeaten Nairobi Water squeezed a narrow 29-28 first leg victory over the soldiers, making this fixture a make or break affair.

“I am confident we will retain our crown. We will not lose to Sharks. Our focus is to retain our title and this is the only thing in our minds,”he confided.

He went on: “We are peaking at the right time. I am happy with what I saw in our game against Amazons. We played better.” Should they lose the top-of-the-table clash, the tactician believes they will still walk away with the title due to their superior goal aggregate. Ochieng was speaking after his charges humbled Amazons 46-11 in a league game at Nyayo National Stadium on Monday. The win saw them maintain their  place at the top of the log with 20 points with four games to play. Sharks have 14 points with two games at hand.