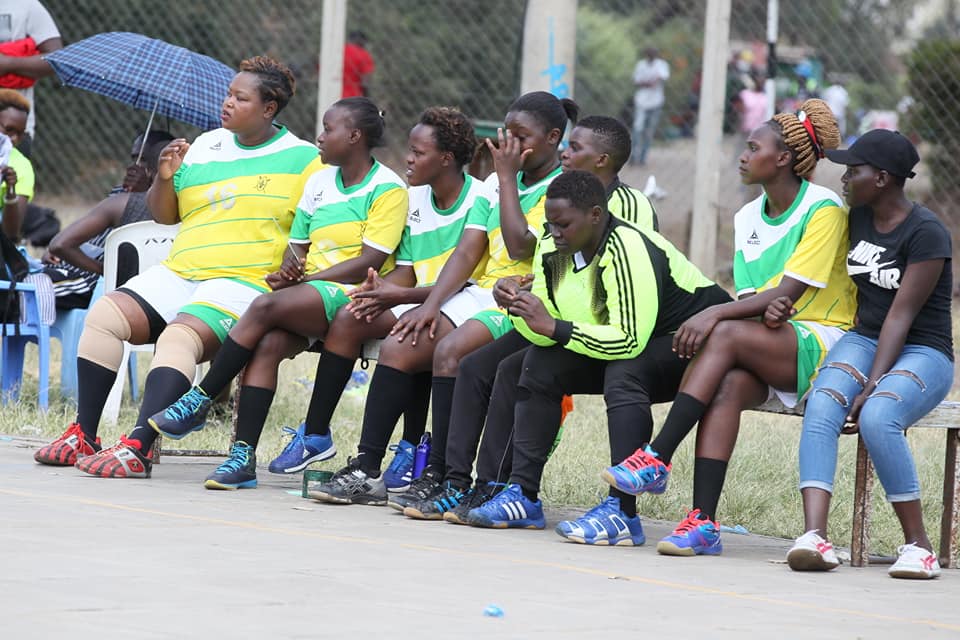 (NCPB Ladies During a Past Match at Kaloleni Grounds, Jogoo Rd.)

The win saw NCPB close in on leaders and current champions Nairobi Water.

The former Kenya and regional queens led 17-5 at the break and piled on the pressure after intermission.

In the men’s match, Gunners defeated Vickers 43-32. They led 15-14 at half time. Zachary Kibet hit nine and Malanga Meshack six. Eregei Frank had six and Dennis Koech four for the losers.

KU roared back from a 11-9 half- time deficit to blank Generations 25-17. Morgan Wafula shot eight goals and Samuel Katuro 5 for the students. The losers had five from Mike Orimi and four from Ian Wekesa.

On Saturday, Nairobi Water drubbed KU 36-18 at Kaloleni grounds. The winners led 15-11 at the break. Gladys Chilo scored seven as Brenda Ariviza and Melvin Akinyi shot 5 each. The students had seven from Cherop Winnie and four from Wanyonyi.