•The winners, who made it two wins in two games after thumping Jeshi La Kujenga Taifa (JKT) 42-20, took a 15-9 half-time cushion. 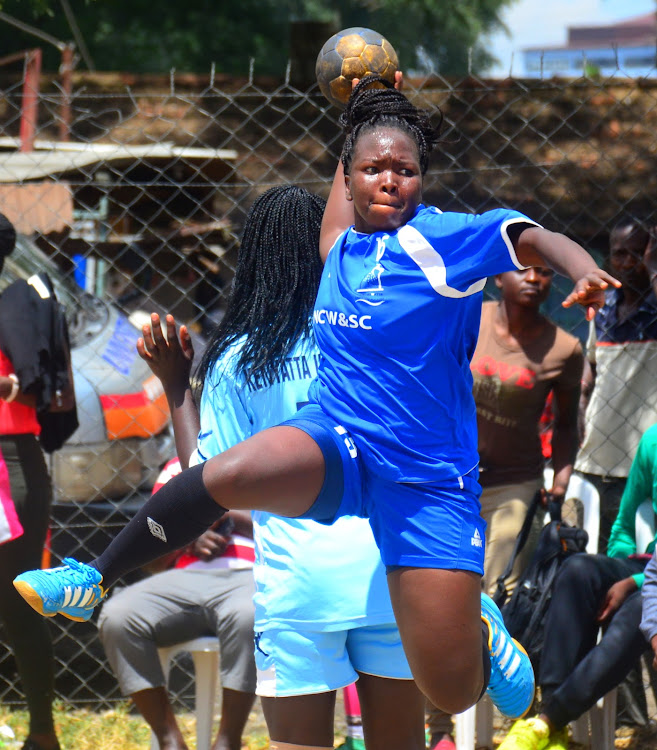 The winners, who made it two wins in two games after thumping Jeshi La Kujenga Taifa (JKT) 42-20, took a 15-9 half-time cushion.

Black Mamba lost 25-19 to the reigning champions Rwanda Police in a tough men’s Pool ‘B’ match played earlier. Despite the loss, the Kenyans who thumped Nyuki from Zanzibar 25-12, will make the semis hoping Rwanda Police beat Nyuki.

The Kaloleni-based Mamba, who were 25-12 winners over Nyuki in their opener, found the going rough from the onset as they trailed 15-10 at the break.

Brian Mumbo scored four goals while Morgan Juma and Christian George each tallied three. The Rwandese had 19 from Yves Kayijame and 8 Viateur Tuyime.

In another women’s match of the day, JKT and Kiziguro of Rwanda drew 21-21. The Tanzanians recovered superbly after trailing 12-7 at half-time.

Nairobi Water Queens will take on rivals National Cereals and Produce Board (NCPB) in a potential decider on Thursday. The Queens, going for their eighth title since bagging the first one in 2011 in Tanzania remain favourites.

NCPB Team Manager Edna Kassandi said they are hoping for the best against the Kenyan champions who beat them twice in the league.

“We are aware it’s not going to be a walk in the park. We have planned to give it a different approach from the one we used in the league,” Kassandi said.