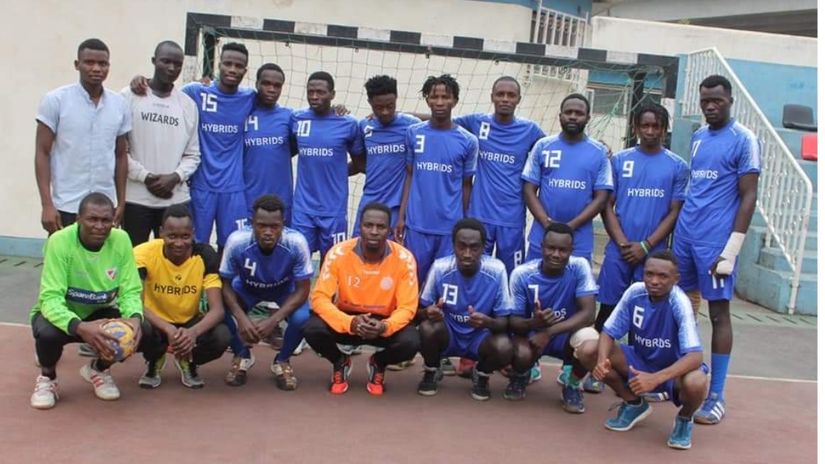 Kenyatta University (K.U) men’s handball captain Samuel Katuva says the Super Cup title is anyone’s to win this season and his side will be fighting for it.

The highly anticipated Kenya Handball Federation (KHF) pre-season tournament is set to throw off on 12 March at the Nyayo Handball Court with the top six men’s teams and top four in the women’s category going head to head.

K.U who finished the league in sixth position, pipping Buccaneers to the Super Cup slot are in pool B that has runners up Strathmore University and fourth-placed General Service Unit (GSU).

Pool A is composed of the trio of champions National Cereals and Produce Board (NCPB)and former holders Black Mamba and Ulinzi HC.

“While pool A has been categorised as the pool of death, ours is probably tougher as anything could happen in that group. We are dubbed the underdogs of the Super Cup but no one should write us off, we have worked hard to be in that top six and with continued preparations, we are ready for battle,” offered Katuva in an interview with Mozzart Sport.

League champions NCPB open their Super Cup campaign on 12 March with a clash against former champions KDF while Strathmore face K.U in a varsity derby of its kind.

On 13 March, GSU face Strathmore in pool B while Mamba host the millers in their second match of the campaign as K.U get the day off.

Action will continue the following weekend on 19 March with KDF facing Mamba while GSU play K.U to conclude the group stage battles.

The top two sides in each pool proceed to the last four. A day later, the semi-finalists face off with the final shelved for 26 March.

“We need at least a win in the group stage to be assured of a top four place and that will be our first target before we can plot for the semis. It will be a tough task as both Strathmore and GSU are tough sides.

The former’s experienced squad gives them an edge over us while the paramilitary endurance could have us beaten if we do not play our cards well. However, we have our weapons too. We beat Ulinzi in regular league, for instance, a first in many year and no one saw it coming. Anything is possible,” offered Katuva.

The varsity side has, however, been dealt a blow as their first choice goalkeeper will not be available. Two more players are nursing injuries but the skipper maintains they have replacements ready to do battle.