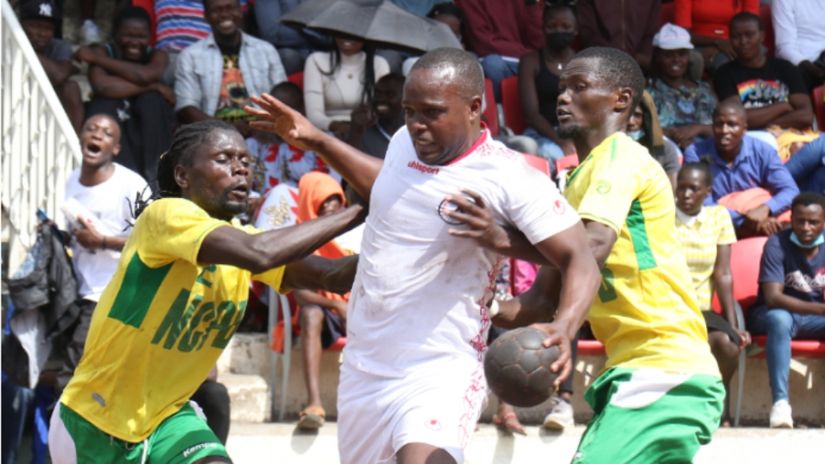 © Courtesy
The federation has a busy 2022 calendar that will see the men’s national teams in action for various competitions.
Ahead of the 2022 Kenya Handball Federation (KHF) season set to throw off with a pre-season tournament and the Super Cup, all league team players and officials will undergo an anti-doping sensitisation seminar.

The one-day seminar, set for 18 February in Nairobi is organised by KHF in conjunction with the Anti-Doping Agency of Kenya (ADAK) and will be conducted at Milele Hotel, South C from 8 am.

The pre-season tournament features ten teams, six men’s teams and four in the women’s league. The latter play in a round-robin format while the former are divided into two groups of three teams. The top two teams play in the semis with the winners locking horns in the final.

Men’s league champions National Cereals and Produce Board (NCPB) headline Pool A where they will face off with former champions Black Mamba and Kenya Defence Forces (KDF) in a pool that is easily the pool of death.

NCPB open their Super Cup campaign on 5 March with a clash against former champions KDF while Strathmore face K.U in a varsity derby of its kind.

On 6 March, GSU face Strathmore in Pool B while Mamba host the Millers in their second match of the campaign. 12 March will see KDF face Mamba while GSU play K.U to conclude the group stage battles. The top two sides in each pool proceed to the last four. A day later, the semi-finalists face off with the final shelved for 19 March.

At the conclusion of the tournament, teams will begin the battle for the 2022 regular league title.

Kenya is also set to host the men’s Under 20 and Under 18 IHF championships while the senior men’s team will be in action in the Africa Championships.

ARTICLE WRITTEN AND EDITED BY