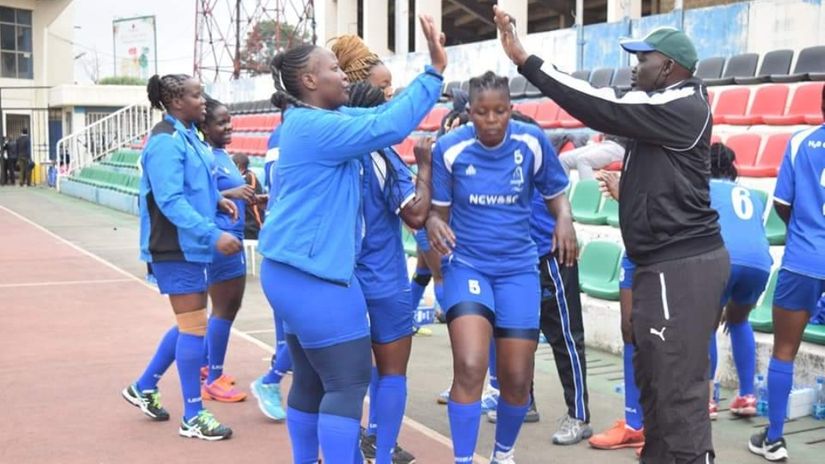 On Friday 3 December, the Jack Ochieng-coached side had a date with Tanzania’s Kiziguro in the five-team competition ongoing in Dar es Salaam and needed a win to seal the title.

The Kenya Handball Federation (KHF) champions left nothing to chance in that final fixture as they romped to a fourteen-goal victory in 32-18 for the title.

Ochieng’s charges had gotten through their biggest hurdle to the title, the most anticipated match of the women’s tourney, by beating nemesis National Cereals and Produce Board (NCPB) 28-23 on Thursday.

In Friday’s match against Kiziguro, Brenda Ariviza and Gladys Chillo continued their good showing in the competition, scoring six goals a piece as Melvin Akinyi and Brenda Musambai contributed five and four goals respectively in the win.

“We are happy for the win. We have defended our title and that points to good preparation. Playing high profile matches over the years and especially in the just concluded local league where we had some good competition kept is sailing here.

I am grateful to God, the team’s management, technical bench and all the players for believing in the themselves and executing,” said coach Ochieng.

Meanwhile, NCPB Ladies who are looking to clinch second place won their third match against Jeshi la Kujenga Taifa (JKT) 32-23. Sarah Mabonga and Medina Kerubo led the scoring for the millers at six goals each with Purity Mwangi adding five to the final tally for the win.

JKT’s Zena Mohamed emerged top scorer in the match with eight goals but she painfully watched her effort go down the drain as NCPB proved a tough nut to crack, clinching the nine-goal victory.

The Paul Pudo-led millers have a date with Kiziguro in their final match of the tourney on Saturday 4 December at 8am.

In the men’s event, KHF league winners NCPB will be looking to dethrone holders Rwanda Police in Saturday, after booking their final ticket courtesy of a win over local rivals Black Mamba.

In a tightly contested match, the millers led by three goals at the halftime break at 13-10 and had to dig deep into their reserves to extend the lead to a five-goal winning margin against a stubborn Mamba.

Robert Maraga and William Malui lit up the Benjamin Mkapa Indoor Arena with conversion after another to top score at six and five goals respectively.

Mamba’s Paul Ondara had found his scoring mojo against the millers and managed six with Dennis Magoiya adding four for the Martin Abunde-coached side. It was, however, not enough to dispense the KHF champions who had managed to hold the other Mamba goal poachers.

Police, on their part, picked a 29-23 victory over Ngome to set a date with NCPB in the final. Mamba will now face Ngome in the third-place playoff.

2017 Dar es Salaam – Did not participate