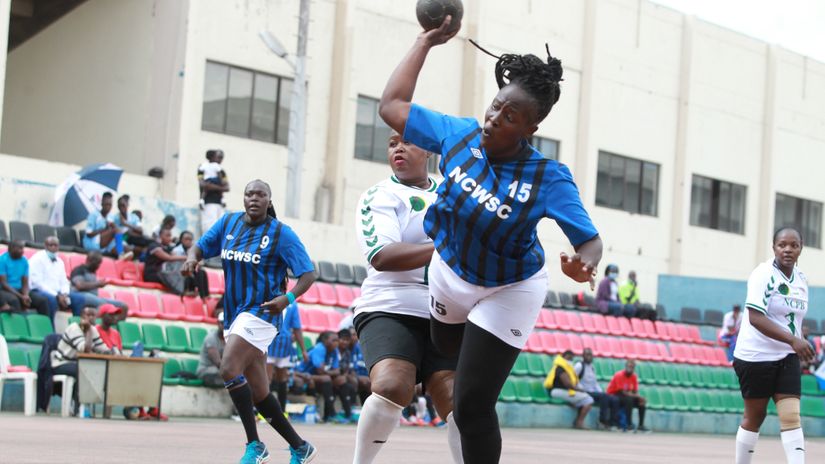 Ochieng’s charges shift their focus to the East and Central Africa Handball Federation championship slated for later this month.

Nairobi Water Queens are the 2021 Kenya Handball Federation (KHF) women’s league champions in waiting having amassed an unassailable points tally following their win against National Cereals and Produce Board (NCPB) on Sunday afternoon at the Nyayo National Stadium.

In a highly contested but low-scoring first half, it was Queens who assumed the lead at three goals against NCPB’s one in the first five minutes of the half.

Queens had a chance to go four goals to one up in the sixth minute with a shot from the 7-meter line but were denied by the millers shot stopper.

The Paul Pudo– coached millers came to within two goals of leveling the score at 10-8 but Queens pulled away to lead by seven goals at 19-12 going into the half time break.

On resumption, Queens played a tighter defence against an NCPB side that looked defeated to win the match 36-23 and seal their title. The Jack Ochieng-coached side are now chasing an unbeaten run in their final league match against Nanyuki Women.

Gladys Chilo top scored for Ochieng’s charges at nine goals as NCPB’s Sheryl Atieno watched as her nine went down the drain in their fourth loss of the season.

Queens have won 13 of their 14 matches for 26 points while Ulinzi Sharks are second at 20 points with two matches left to the conclusion of their league.

In their 12th match of the league, Sharks dominated Kenyatta University Vampires to record a 32-19 victory with Sarah Wasike and Carren Lutengena leading the onslaught with ten and eight goals respectively.