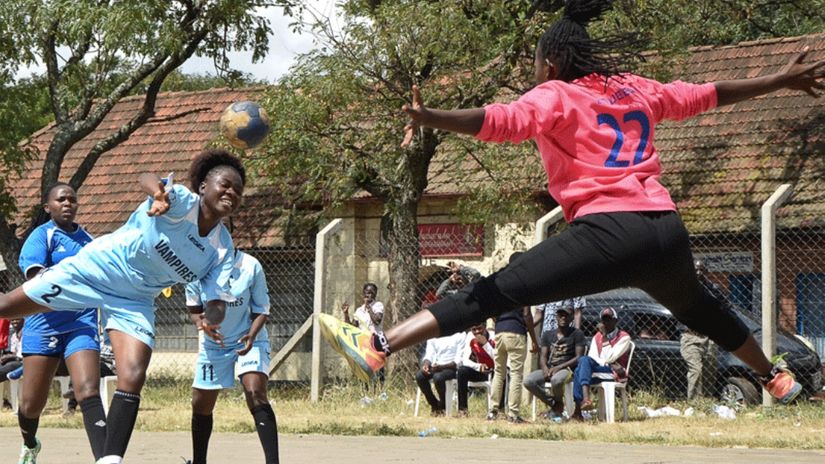 Action has been shifted from Nyayo Handball Court to Kaloleni for the Saturday matches.

The Jack Ochieng-coached Queens are well on their way to winning an eighth league title unbeaten and the tactician is not stopping as he looks to grab another double with victory in the Super Cup.

Against K.U, the tactician who doubles as the national team coach says he will be looking to test a few new plays for his side both on offense and defence.

“Since winning the 2013 league title we have gone unbeaten over the years and the eighth league title will be no different. We are looking to win the remaining four matches, while preparing for the Super Cup.

This season we have had to fight harder for the title as teams have come out hard at us. Ulinzi Sharks and National Cereals and Produce Board (NCPB) have been our main opponents over the years but this season their performance was better,” said Ochieng.

He continued, “The league needs more competitive teams and that can only achieved with more international exposure for our players. We had some players from Sharks and NCPB make the national team for the Africa Championships a few months ago and that had translated in their teams getting better and stronger and they gave us a run for our money.”

Ochieng’s charges headline the women’s league at 20 points from ten wins in as many matches. Sharks are in second place, having suffered just one loss, in the hands of the leaders. The military side has played nine matches.

In the other women’s league match, bottom-placed Amazon play Jomo Kenyatta University of Agriculture and Technology (JKUAT) both sides chasing a second win in 13 and 11 outings respectively.

Meawhile, battle for the last Super Cup slot in the men’s league continues with top contenders Buccaneers and K.U men in action. The former face Gunner while the varsity side have an acid test against Generation.