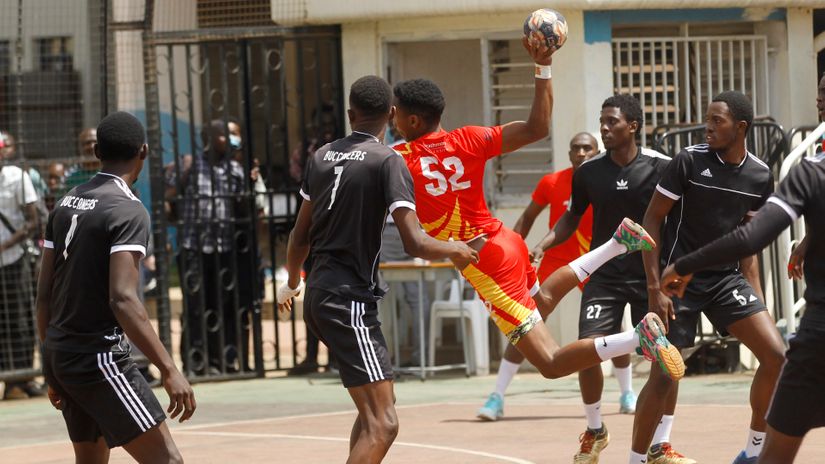 The top five slots in the men’s league seem to have been decided with about a month of action left before the playoffs.

Upon completion of the Kenya Handball Federation (KHF) regular league, something more exciting awaits, the Super Cup. Granted, the top teams in the regular league remain champions, the playoff gong looks more sought after, or maybe that is just my biased observation.

The men’s regular league is set to conclude on 14 November paving way for the playoff where the winners are declared Super Cup champions. The top six teams in the men’s league fight for the title while the top four in the women’s league clash.

While the women’s competition begins from the semifinal stage with the regular league champions taking on the bronze medalists while the runner-up takes on the fourth-place finishers, the men’s competition has the teams drawn in two groups with the top two finishers after a round-robin format heading to the semis.

With the top five slots seemingly decided, as per the latest standing but in no particular order, with Strathmore University, National Cereals and Produce Board (NCPB), Ulinzi HC, General Service Unit (GSU) and Black Mamba fighting for the top five places, battle awaits for the sixth slot.

Buccaneers HC, Kenyatta University (KU) and Rangers HC look primed to clinch the final place in the men’s Super-Cup. The latter are in a better place, having lost four matches but have seven more to go before the conclusion of their regular league. The Gerald Juma-coached men will have to maintain a perfect run, ensuring they do not lose more than one match so as to have an easier path to the playoff.

Meanwhile, both Buccaneers and KU have their work cut out, having lost six matches each and with four and five games in hand respectively. On Monday 11 October 2021, the varsity side got the better of Buccaneers winning 30-28 to better their chances of featuring in the Super Cup.

“We did not have a full squad and that affected our performance on the weekend. We faced another tough opponent in Tigers on Sunday and the fatigue caught up with the players on Monday. That loss has dealt a blow to our playoff chances no doubt,”

“We still have four matches left, against Kahawa, Gunners, Boomerang and Rangers, that we intend to fight for wins but unfortunately, our chances are still tied to other teams’ results which is not a good position to be in. We will do our best to better our chances,” said Buccaneers’ captain Franicks Njoroge.