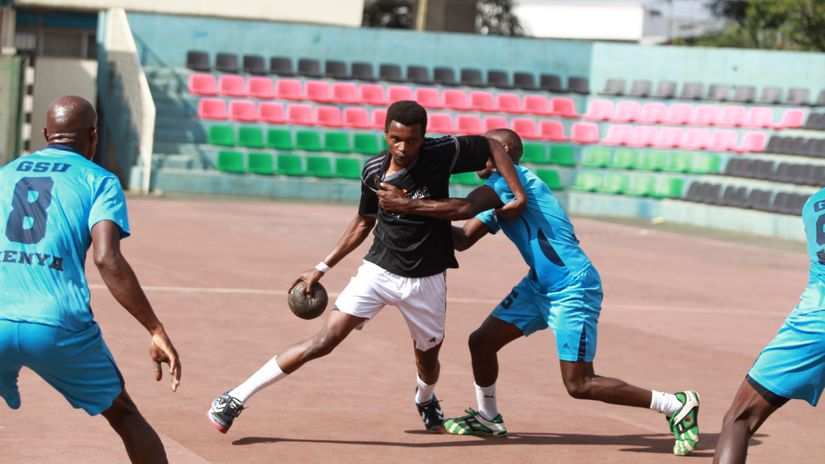 The Martin Abunde-led side need to win their remaining matches for a chance to finish second in the league.

The victory takes the Kaloleni-based side’s winning tally to 14 matches for 28 points in 16 matches. The former champions are two matches away from concluding their regular league season matches.

“We came into the match with a game plan but it took a bit of time for us to settle down and they took advantage of that. Their speed was also a problem for us and we had to find a way to deal with it which proved beneficial for us.

This is a very crucial win for us as it puts us in contention of a second-place finish. We have two matches against Strathmore and Ulinzi who are currently second and third and wins in those matches gives us a clear chance to go second,” said Mamba captain Emmanuel Murangiri.

It was GSU who went ahead in the first two minutes scoring three-goal scoring spree with two goals from Solomon Tenge and one from Christopher Mayende.

Two minutes later and several unsuccessful attempts by Mamba and Mayende put the paramilitary side four goals ahead.

Mamba broke the deadlock in the fifth minute with a goal from Morgan Juma and immediately after a Titus Kipruto fast breaker to beat Nicholas Nyongesa on the GSU goal to half their advantage.

Mayende and Philip Eskei made it 6-3 but Paul Ondara pulled one back for Martin Abunde‘s side. Twko costly mistakes by the GSU shot stopper and two clear chances missed by skipper Mark Barasa still did not stop GSU from holding a three-goal advantage in the first quarter of the match.

Mamba clawed back and with 19 minutes played, GSU were forced into a timeout to restrategise as the opposition had come to within one goal of equalling the score at 12-11.

Upon resumption, Augustine Okwiri scored but his efforts were cancelled immediately with a Sydney Omondi left flank goal for the one-goal difference to remain.

Ken Simiyu and Mayende scored back-to-back goals to restore the three-goal advantage as Mamba served a two-minute suspension. Mamba, reduced the advantage to one goal again with scores from Christian Georgia and Omondi.

Omondi leveled the score 26 minutes into the first half with Georgia putting Mamba in the lead for the first time at 15-16, two minutes later. Barasa, clear on goal, missed a chance to level the score again, his effort hitting the post.

Mamba doubled their advantage with seconds left on the clock to head to the breather with a 15-17 advantage thanks to Murangiri goal who towered above the GSU defence to fire home.

Abunde’s pep-talk at the break had Mamba charged in the second half. GSU were reduced to five men as Okwiri brought Ondara down for a two-minute suspension and Eskei followed suit for a similar offence. Mamba extended their lead to 21 goals, taking advantage of the two GSU suspension.

Two quick steals and a Martin Nguli goal saw Mamba extend their lead to eight goals at 16-24. 40 minutes into the match, Mamba led 18-25 and the seven-goal advantage remained five minutes later with the score reading 21-28 in favour of Mamba.

Goals from Eskei, Mayende and Okwiri reduced Mamba’s advantage to five goals and the difference remained with ten minutes to play at 24-29. GSU missed three consecutive chances to reduce their deficit and the pressure to score reclaim their lead only led to more costly mistakes as they fell 27-33